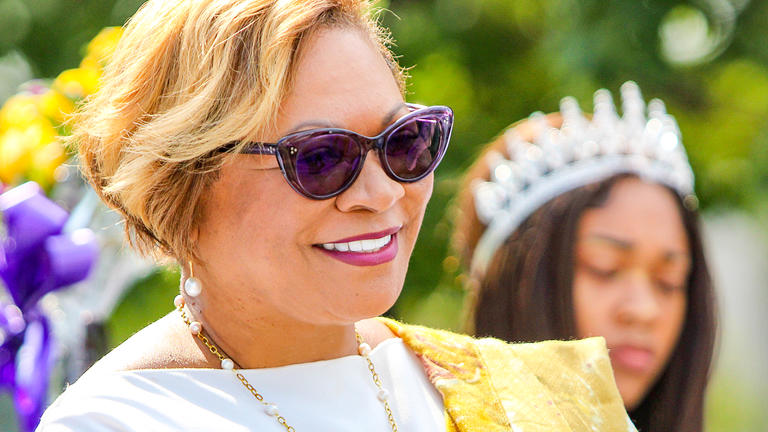 In August 2019 Bobbie Knight was elected as the fifteenth president, and first woman to serve at the helm of Miles College.

Knight, who is a Birmingham native, retired in 2016 after a successful career of more than 37 years with Alabama Power Company. Throughout her career Knight held various executive and leadership positions, including Vice President of the Birmingham Division (Alabama Power’s largest division), Vice President of Public Relations, and General Manager of Supply Chain.

Although retired from her professional career, Knight continues to use her business acumen as CEO of her own company, Bobbie Knight Consulting, LLC. She also serves as Chair of the Board of Managers for the Birmingham Times Media Group. In 2018 Knight was appointed to the Birmingham Airport Authority (BAA) and was immediately elected as Chair by her colleagues.  She continues to serve as Vice Chair of the BAA.

In 2017 Knight was elected to the Board of Trustees of the historic Miles College in Fairfield, Alabama where she served on the development committee. Also in 2017 she was tapped by then Birmingham’s Mayor-elect Randall Woodfin to serve as co-chair of his transition team.

Knight has earned recognition for her dedication to leadership with civic organizations, from championing the city’s downtown Railroad Park, to serving as chair of the board for the Birmingham Civil Rights Institute.  Her past philanthropic and civic board affiliations are too numerous to mention but they include Red Mountain Theatre, REV Birmingham, VOICES for Alabama’s Children, The Literacy Council, A. G. Gaston Boys and Girls Club, the American Association of Blacks in Energy, the Board of Visitors of the University of Alabama College of Communications, and the United Way of Central Alabama.

In what she considers a highlight of her career, Knight was selected as one of 21 women worldwide for the acclaimed Leadership  Foundation Fellows Program of the International Women’s Forum.  This program afforded her the opportunity to study at Harvard University and the Judge School of Business at Cambridge in the United Kingdom.

Throughout her career, Knight has received many awards and accolades. In 2005 she was named Outstanding Alumni in Public Relations by the University Of Alabama School Of Communications.  In 2008 Knight was a recipient of the Women’s History Award from the Birmingham Chapter of NAACP.  In 2013 she was recognized as one of the “Women Who Make a Difference” by the Birmingham News and AL.com. In 2019 Knight was presented with a Brotherhood and Sisterhood Award by the NCCJ.

Knight has a B.S. degree from the University of Alabama at Tuscaloosa and a Juris Doctorate from the Birmingham School of Law. She is also a graduate of Northwestern University’s Kellogg School of Management Executive Leadership Program.

Knight is a woman of immense influence and is passionate about giving back to her community and mentoring young men and women to become leaders in their communities.  She is married to Gary Burley, retired NFL player, local philanthropist, and founder of ProStart Academy.