It took five days, with students, faculty and staff collaborating to paint a stunning Black Lives Matter mural on the street in front of Miles College. At 170 feet long and 26 feet high, it speaks loud and clear.

How Mural Was Born

The mural was spearheaded by Miles Student Government Association president Jeanette Bender and her cabinet. Bender won approval for the project from the College administration and went to work.

“To manifest change you have to first acknowledge that change is needed.”

The SGA partnered with Eric Hall, Co-Founder of Black Lives Matter Birmingham Chapter and a 2018 Miles College graduate; with Pastor Mike McClure of Rock City Birmingham, which provided a donation; and with Birmingham artist and designer, Shawn Fitzwater.

The campaign grew into a local movement designed as an economic boycott of white merchants who refused to hire Black workers or to desegregate their facilities. The activities of Miles students helped to make Birmingham the center of the Civil Rights Movement.

An Inspiration for Others

Soon after the mural was painted SGA presidents from other HBCUs reached out to Bender for advice and support in creating murals on their own campuses.

“It wouldn’t be okay if I just did it for now, we have to do it forever. We want everyone to know that Miles College is for change and it will pour into future generations.”

Just as Dukes created a legacy, Bender has created hers. Both are key to Miles College as an institution and a community that makes its mark on the world. 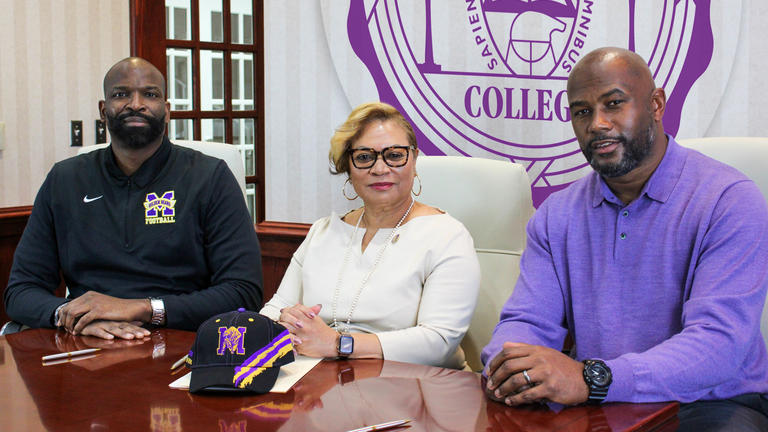